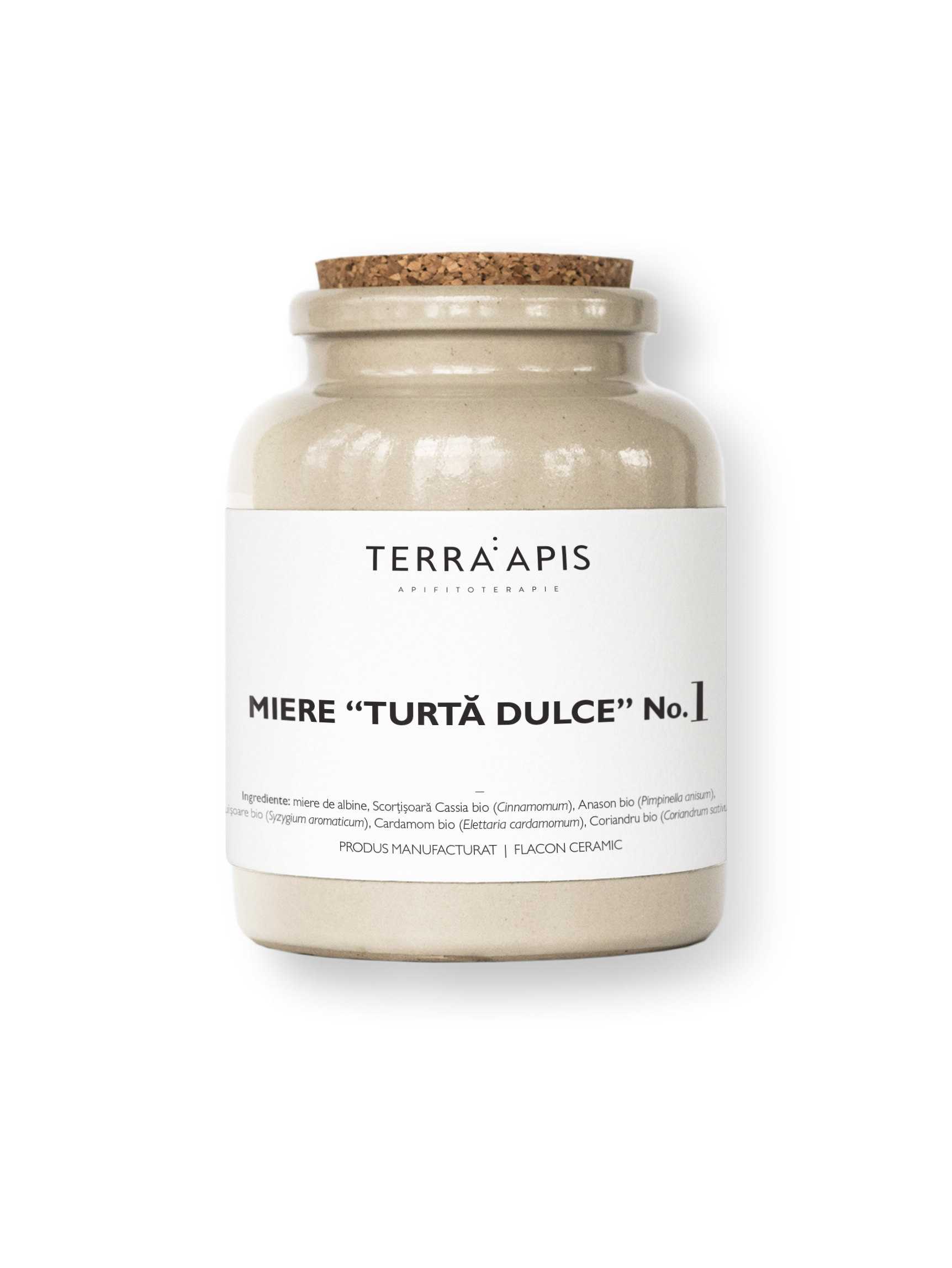 “WHEN HONEY MEET CINNAMON, CLOVES, CARDAMOM and CORIANDER, YOU SPEAK OF MAGIC HOLIDAYS”

Cinnamon is one of the foods that contain most of the antioxidants, and is ranked No. 3 in the top antioxidant foods. It has 240,000 ORAC units, which is enormous. Only a few grams of cinnamon can provide you with daily antioxidant needs, which avoids many diseases, and the strength of enzymes, vitamins and minerals in honey combined with anti-inflammatory, antibacterial and antimicrobial substances in cinnamon support the immune system.

Cinnamon contains a substance called cinnamaldehyde, which can inhibit the development of E. coli, Candida, Salmonella, Listeria, but also of bacteria and fungi or viruses. The antibacterial effects of cinnamon can prevent tooth decay and eliminate the bad breath, and studies show that cinnamon lowers blood pressure, reduces harmful cholesterol and triglycerides and increases good cholesterol.

Ingredients in this composition decrease the need to use sweeteners because their properties induce sweetness. This translates into reducing amounts of coffee, milk or tea sweeteners.

It is a traditional remedy and proves to be very effective in preventing seasonal illness when the weather is cold, and the attack of viruses, bacteria and microbes is effectively counteracted. In fact, all of the beneficial properties of cinnamon are enhanced by the combination of honey, being effective in fighting nausea, acidity, bloating, stomach burns, lack of appetite or constipation.

Be the first to review ““Gingerbread” Honey” Cancel reply