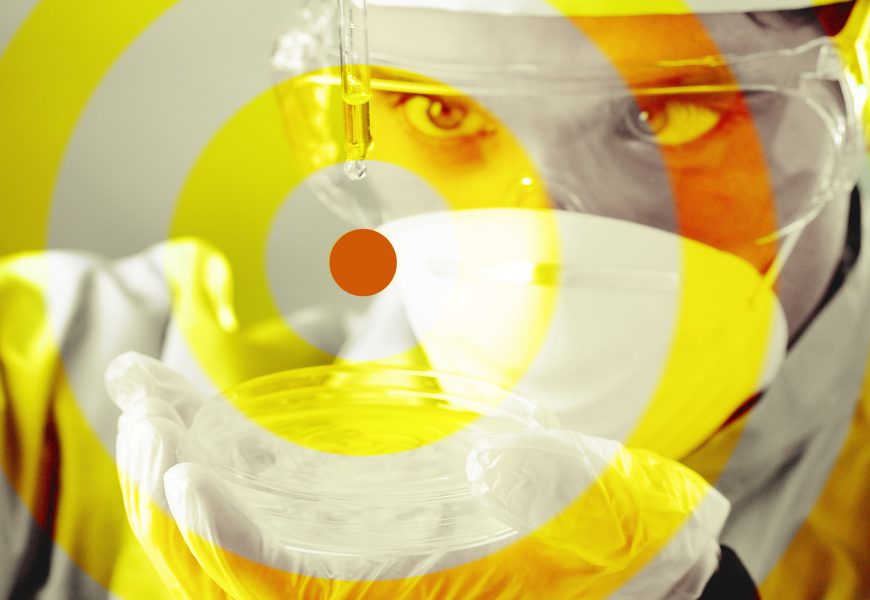 In 2010, the Journal of Infectious Diseases, publishes a meta-analysis that integrates and analyzes the results and conclusions of 194 studies, which were published between 1995 and 2009, on the prevalence of HPV virus infection globally. studies involving a total of 1,016,719 women with normal cytologic smear. The results published in the journal estimate that the global prevalence is 11.7% (95% confidence interval (CI): 11.6-17.7%), with the most common oncogenic strains worldwide: 16, 18, 31, 52 and 58.

Human papillomavirus (HPV) – is a double-stranded AND virus, discovered in 1954; – there are more than 100 types of papillomaviruses identified so far, without the list being exhausted; – 30-40 types with an anomalous genital disorder are known, of which about 15-20 types are oncogenic (can cause cancer), HPV 16 and 18 being the most involved, and the rest are non-oncogenic types, HPV types 6 and 11 being most commonly associated with external genital warts (non-cancerous tumors).

It is mainly a sexually transmitted disease (STD), but there are also favorable factors that decrease the body’s immunity and predispose to this infection: diabetes, pregnancy, blood disorders, cortisone treatment, lack of hygiene, etc. HPV infection is the most common viral infection of the reproductive tract and causes a wide range of conditions. In women, persistent infection with specific oncogenic HPV types (most often types 16 and 18) can lead to precancerous lesions that, untreated, can develop into cervical cancer. Although HPV infection does not necessarily evolve into cancer, the frequency with which it occurs among young people is alarming. It ranks first among the most common sexually transmitted diseases. In 1997, the American Journal of Medicine states that “about 74% of Americans were infected, at one point in their lives, with the HPV virus. Only 1 in 4 Americans, among those between the ages of 15 and 49, did not have HPV. Experts estimate that at one point, only 1% of those who are sexually active have symptoms (eg warts) and that the virus can survive in the body for months, years or even a lifetime without raising any problems. The Center for Disease Control and Prevention estimates that “about 20 million people are currently infected with the HPV virus … 50-75% of all sexually active men and women will contact this infection at some point.” . and up to 5.5 million Americans will get a new HPV infection every year. ”

HPV infection of the genital organs does not usually cause symptoms, and in more than 90% of cases it heals spontaneously, the younger the woman, the more frequent natural healing, provided there are no favorable factors that chronicle the disease. Approximately 80% of people make at least one HPV infection during their lifetime, without noticing it, because in most cases the immune system makes it harmless.

For HPV infection of the cervix to progress to chronic and especially aggressive, cancerous stages, a “receptive cervix” is needed, which has been prepared before certain determinants:

– the presence of sexually transmitted diseases (STDs): gonorrhea, candidiasis, trichomoniasis;
– smoking. The German authors concluded that women who smoke most commonly have cervical cancer, because changes occur in cells throughout the body, including cells in the cervix that become more receptive to oncogenic viruses (herpesviruses, papillomaviruses, etc.). ), transmitted sexually. The partner’s smoking multiplies the risk of cervical neoplasm by 1.5 to 12 times by the effect of nicotine in the smoker’s sperm on the cervix. The American Journal of Epidemiology issued, in 1982, a theory about the impact of smoking on the neck “since the components, possibly carcinogenic, of cigarette smoke are transported through the bloodstream to the genital organs and contribute to the occurrence of cancer”, in the secretions cervical smokers are detected many harmful substances that come from cigarettes and that seriously affect the cells of the cervix, by modifying the DNA.

Also, cigarette smoke also promotes the elimination of nutrients that protect against cancer, including Vitamin C, E and beta-carotene in the body.
– certain sexual habits. A relatively high frequency of HPV infection was identified in prostitutes (39%) compared to married women (14%). In prostitutes, the prevalent type is HPV-16 which has high oncogenic risk. In married women, the prevalent type is HPV-6, which is associated with a low risk of cervical cancer. The infection is more common in young women, and the reduction in the incidence of HPV infection in older women is probably due to sexual behavior. The young age at first sexual contact may also be a risk factor, as the cervix is ​​not mature and the infection becomes easier.
– the use of contraceptives. According to Health Canada, as of July 1995, nearly 70 million women are using oral contraceptives, making them some of the most commonly used drugs in the world. Epithelium or squamous / columnar cells of the neck are influenced by hormonal changes, and long-term use of oral contraceptives, which can cause cellular changes, is associated with the development of cervical cancer. Studies show that there is a close relationship between these drugs and cervical dysplasia, one in 5 people who use them, detect suspicious results of the pap test after 3-4 years. Contraceptives decrease the levels of nutrients in the body such as Vitamin C, folic acid, Vitamin B6, B12, riboflavin, zinc, etc. The American Journal of Clinical Nutrition publishes a double-blind study in which women with moderate dysplasia were supplemented with folic acid, each of whom has been using oral contraceptives for the past 6 months. Before treatment, blood levels of folic acid were noticeably lower in patients using oral contraceptives compared to those not using them. The study concludes that the administration of oral contraceptives may lead to a disturbance of folic acid metabolism, incriminated in the occurrence of cervical dysplasia.

– Intrauterine devices are a cause for concern as they can cause neck inflammation and increase the BTS frequency up to 4 times.
– internal buffers and xenoestrogens. Swabs, which contain carcinogens such as talc fibers, bleachers, asbestos, as well as synthetic estrogens, industrial compounds found in plastics, pesticides, herbicides, meat from hormone-injected animals, are directly associated with abnormal cell development and cancer of the reproductive organs. Lower exposure to these risk factors can be a good preventative approach.
– The immune system plays a very important role in the management of viral infections and the normal development of cells. An immune system sensitized by drugs, infections, excessive stress, trauma, surgery, is unable to prevent any imbalances in the body. Therefore, individuals who have either poor nutrition or are experiencing long-term infections, take long-term steroid treatments or receive immunosuppressive treatments, are most likely to develop cancerous lesions. According to “A Feminist Approach to PAP Tests”, some drugs such as digitalis, antihistamines, tetracycline, aspirin, those for the thyroid gland, etc., influence the immune system and can lead to abnormal pap test results. Nor is the reaction of the body to stress. From the physiological point of view, the body’s resistance is reduced and its capacity to fight the disease (microbes, viruses) is reduced, when the body is subjected to stress factors for a long time. The Malaysian Journal o Medical Science links the prolonged stress and progression of cancerous tumors by destroying natural killer (NK) blood cells, which fight against diseases, but which in particular prevent metastases and even destroy small ones.

In conclusion, the changes in the cervix, produced in most cases due to defects and irresponsible behavior, “prepare” the cervix for the occurrence of lesions or cancer.

About the author: Ovidiu Badina

No other information about this author.